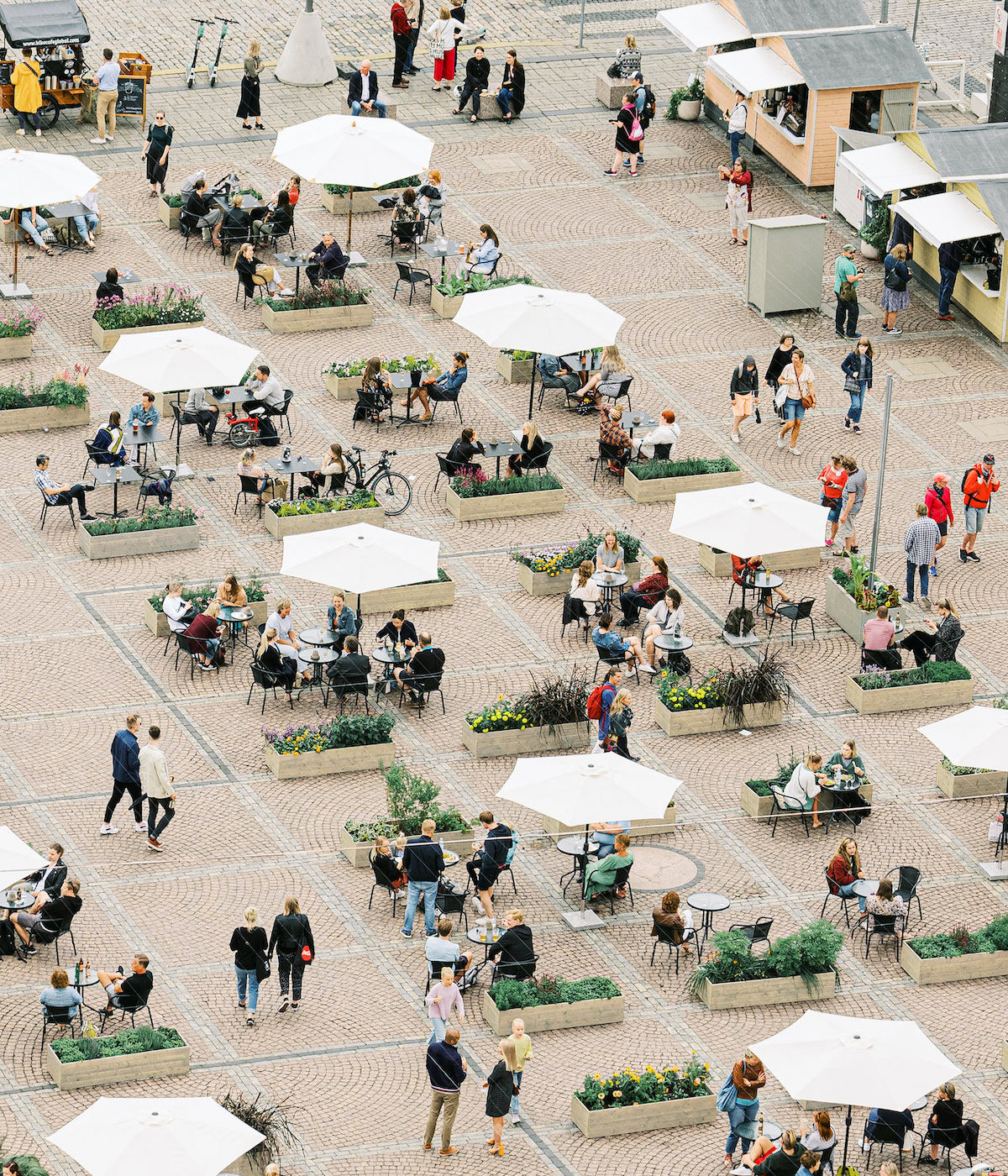 In the year 2019 Helsinki had 1.24 million tourists visiting the city. In 2020 the international traffic went to a standstill for the Finnish capital and the rest of the world. Nobody knows what 2021 is going to look like but one thing is certain. Helsinki is working on making the post-COVID experience as good as possible.

What could life after lock-down look like for Helsinki?

“Our goal is to help people to see the places they know in Helsinki in a new way.” - Meri Louekari

“I like to think that the same city that we have been stuck in can be a place to create completely new experiences. We can create new layers to the city”, says Meri Louekari, senior advisor and architect, Urban Environment Division of City of Helsinki

“Helsinki wants to give artists, entrepreneurs and people new ways to use the city.”

Meri Louekari works as a senior advisor and architect in the Urban Environment Division of City of Helsinki. “Post-Covid City” is a theme that she and her colleagues have been working on for the last months or more likely: the last year.

Now that the gradual re-opening of the city is slowly turning into reality for Helsinki and its citizens, the city is ready.

Louekari highlights two major events that are planned for the next months and the summer. Helsinki Biennal is an art festival organized mostly in Vallisaari, an island just outside the city. The Barracks Square (Kasarmitori) in turn will host a large terrace of restaurants, a project like the successful Senate Square terrace organized last summer.

For Louekari Helsinki Biennal art festival is the epitome of an post-COVID event. Art has the power to console and create communal experiences.

“In the Helsinki Biennal in Vallisaari the visitor can experience both art and the sights of maritime Helsinki. This art festival on an island was not planned as a post-COVID experience but as such it is possible for us to organize it during these times”, Louekari says.

An eye-opener for city officials

It hardly is a secret that city organizations are not the most agile when it comes to fast decision-making. Last summer’s Senate Square restaurant project was an amazing accomplishment, since it went from an idea to the first plate served in six weeks.

Meri Louekari says that last summer’s experience was an eye-opener for some city officials.

“We were - and still are - in a situation where we need to support the cultural actors and companies quickly. The most important thing is that the city can react quickly and modify its policies”, Louekari says.

“It would have never been possible without city-wide collaboration.”

A great strategy for planning the post-COVID city is to remember that a city must change according to the needs of its citizens.

“We need to remember that changes happen in everyday life. What we do now, can have a huge impact for the future. We must meet halfway if we can and engage in a culture of experimentation”, Louekari says.

Especially the quick transformations need a strong culture of experimentation. Louekari recalls city officials brainstorming exactly one year ago what can be done to help the entrepreneurs in the restaurant industry.

The Senate Square terrace was an answer to that situation. This year in the Barracks Square the focus is again on the restaurants but also on culture and the events industry. The city officials are pushing themselves forward once again.

What hasn't changed is that Helsinki wants to take an active role in helping people.

“For a city and city officials this is a significant change in attitude. That is why we need to act with an experimental attitude. Psychologically the culture of experiment includes the idea that if something doesn’t work, we can go back. That is important. I am proud of Helsinki: a lot of people in the city have worked together to make change happen faster”, Meri Louekari says.

This year's event in Barracks Square is another great example. In the near past the historical square has been used as an occasional parking lot.

“The square has been totally underused and it has huge potential. This is exactly what we want to do: open new spaces for the citizens to explore and experience”, Louekari says.

Did you read these yet?

For invitations, meaningful words and more, sign up to the GH newsletter:

Thank you for signing up!
Oops! Something went wrong while submitting the form.
n